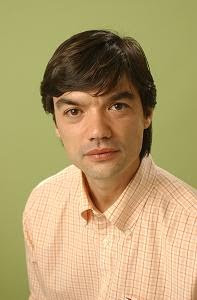 Book publishers were locked in 11th-hour negotiations with Apple Inc. that could rewrite the industry's revenue model after the technology giant unveils its highly anticipated tablet device Wednesday.

Apple's new multimedia tablet device, with a 10-inch touch screen that is expected to deliver video, text, navigation and social-networking applications, is trying to change the way much of traditional media is delivered.

For the book industry, the Apple tablet is bringing to a head a brewing battle between Apple and industry heavyweight Amazon.com Inc. over how e-books—seen as the future of the book industry—will be priced and distributed.
Publicado por Dirty Harry en 0:07 No hay comentarios:

THE effect of free money is remarkable. A year ago investors were panicking and there was talk of another Depression. Now the MSCI world index of global share prices is more than 70% higher than its low in March 2009. That’s largely thanks to interest rates of 1% or less in America, Japan, Britain and the euro zone, which have persuaded investors to take their money out of cash and to buy risky assets.

For all the panic last year, asset values never quite reached the lows that marked other bear-market bottoms, and now the rally has made several markets look pricey again. In the American housing market, where the crisis started, homes are priced at around fair value on the basis of rental yields, but they are overvalued by almost 30% in Britain and by 50% in Australia, Hong Kong and Spain.

Stockmarkets are still shy of their record peaks in most countries. The American market is around 25% below the level it reached in 2007. But it is still nearly 50% overvalued on the best long-term measure, which adjusts profits to allow for the economic cycle, and is on a par with two of the four great valuation peaks in the 20th century, in 1901 and 1966.


Central banks see these market rallies as a welcome side- effect of their policies. In 2008, falling markets caused a vicious circle of debt defaults and fire sales by investors, pushing asset prices down even further. The market rebound was necessary to stabilise economies last year, but now there is a danger that bubbles are being created (see article).

Aside from high asset valuations, the two classic symptoms of a bubble are rapid growth in private-sector credit and an outbreak of public enthusiasm for particular assets. There’s no sign of either of those. But the longer the world keeps its interest rates close to zero, the greater the danger that bubbles will appear—most likely in emerging markets, where growth keeps investors optimistic and currency pegs import loose monetary policy, and in commodities.

Central banks have a range of tools they can use to discourage the growth of bubbles. Forcing banks to adopt higher capital ratios may curb speculative excesses. As Ben Bernanke, chairman of the Federal Reserve, argued this week, the rise in American house prices could have been limited through better regulation of the banks. The most powerful tool, of course, is the interest rate. But central banks are wary of using it to pop bubbles because it risks crushing growth as well. And, with the world economy in its current fragile state, they are rightly unwilling to jack up interest rates now.

But even if governments judge that the risks posed by raising rates now outweighs that of keeping them low, investors still have plenty of reasons to worry. The problem for them is not just that valuations look high by historic standards. It is also that the current combination of high asset prices, low interest rates and massive fiscal deficits is unsustainable.

Interest rates will stay low only if growth remains slow. But if economies grow slowly, then profits will not rise fast enough to justify current share prices and incomes will not rise far enough to justify the prevailing level of house prices. If, on the other hand, the markets are right about the prospects for economic growth, and the current recovery is sustained, then governments will react by cutting off the supply of cheap money later this year.

It doesn’t add up

But the more immediate risks may be posed by fiscal policy. Many governments responded to the crisis by, in effect, taking the debt burden off the private sector’s balance-sheets and putting it on their own. This caused a huge gap to open up in government finances. Deficits in America and Britain, for instance, stand at more than 10% of GDP.

Most developed-country governments have managed to finance these deficits fairly easily so far. In the early stages of the crisis, investors were happy to opt for the safety of government bonds. Then central banks resorted to quantitative easing (QE), a polite term for the creation of money. The Bank of England, for example, has bought the equivalent of one year’s entire fiscal deficit. There are signs, however, that private-sector investors’ appetite for government debt may be just about sated, as they contemplate the vast amount of government bonds that are due to be issued this year and the ending of QE programmes. The yields on ten-year Treasury bonds and British gilts have both risen by more than half a percentage point since late November.

Investors (along with this newspaper) would like to see governments unveil clear plans for reducing those deficits over the medium term, with the emphasis on spending cuts rather than tax increases. But politicians are nervous about the likely reaction of electorates, not to mention the short-term economic impact of fiscal tightening, and are proving reluctant to specify where the cuts will be made.

Markets have already tested the ability of the weakest governments to bear the burden of their debt. Dubai had to turn to its wealthy neighbour, Abu Dhabi, for help. In the euro zone, doubts have been raised about the willingness of Greece to push through the required austerity measures. Electorates are likely to chafe at the cost of bringing down government deficits, especially if the main result is to repay foreign creditors. That will lead to currency crises and cross-border disputes like the current spat between Iceland, Britain and the Netherlands over the bill for compensating depositors in Icelandic banks (see article). Such disputes will lead to further outbreaks of market volatility.

Investors tempted to take comfort from the fact that asset prices are still below their peaks would do well to remember that they may yet fall back a very long way. The Japanese stock market still trades at a quarter of the high it reached 20 years ago. The NASDAQ trades at half the level it reached during dotcom mania. Today the prices of many assets are being held up by unsustainable fiscal and monetary stimulus. Something has to give.
Publicado por Dirty Harry en 19:25 1 comentario:

Heineken NV is closing in on a deal to buy the beer business of Femsa for between $7.5 billion and $8 billion, people familiar with the matter said, in what would be a surprising finish to the auction of the Mexican brewer and continue a wave of consolidation in the industry.

Heineken would acquire the beer operations of Femsa, also known as Fomento Economico Mexicano SAB, in a deal likely to be announced later this week, these people said. The situation could still change, and there is no guarantee Heineken will seal the deal.

Should Heineken be victorious, as expected, it would mark a surprise outcome. Most bankers, analysts and industry players watching the auction had expected Britain's SABMiller PLC to buy Femsa Cerveza.
Publicado por Dirty Harry en 21:05 No hay comentarios: 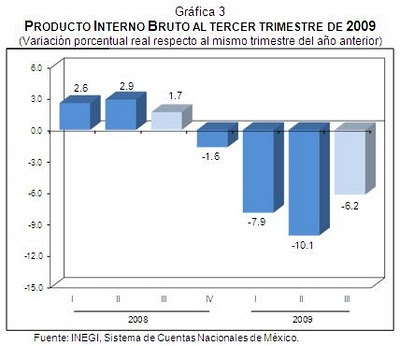 He also mounted a vigorous defense against critics who say it was the Fed's low-interest-rate policies over the past decade that caused the last housing bubble. Instead, he said, the problem was lax regulation, which permitted banks to issue a slew of exotic mortgages that households later had trouble paying.

"We must be especially vigilant in ensuring that the recent experiences are not repeated," Mr. Bernanke said in a speech Sunday at the American Economic Association's annual meeting here. Better regulation is his first line of defense against future crises. But the Fed also needs to "remain open" to using the blunt tool of higher interest rates to avert or pop future asset bubbles, Mr. Bernanke said, particularly if other approaches aren't working.
Publicado por Dirty Harry en 23:20 1 comentario: 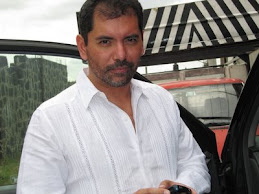